A Journey in the Ways of Paul

The featured speaker for Frank and Pauline Patterson Fall Colloquy 2019 to be held November 18-19 at the Carroll Center is Dr. Bruce Corley.

Dr. Corley will be speaking on which will be divided into three sessions: 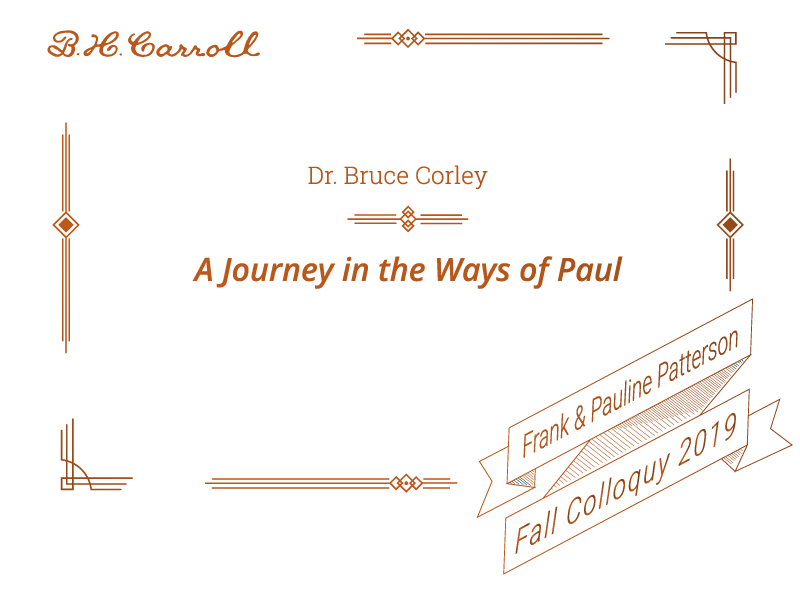 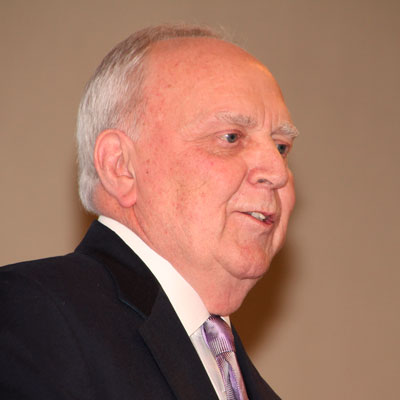 Prior to his appointment to Carroll Institute and election as the Institute’s first President (2003-2013), Dr. Corley was Professor of New Testament and Greek (1976-95, 1996-2003) and Dean of the School of Theology (1990-95) at Southwestern Baptist Theological Seminary (Ft. Worth TX). He also served as Professor of Christian Scriptures of the George W. Truett Theological Seminary of Baylor University, Waco TX (1995-96). Prior to his teaching career at Southwestern Seminary, Dr. Corley served pastorates in Jonesboro and Breckenridge TX.

Dr. Corley maintains an active schedule in Bible conferences, interim pastorates, and denominational activities. His professional experience includes memberships in the Society of Biblical Literature, the Institute for Biblical Research, and the National Association of Baptist Professors of Religion where he has held elected offices and worked on the editorial boards of two journals. He has lectured in Europe and the United States, delivering the annual lectures at four universities and two seminaries. Dr. Corley has presented nine academic papers in the scholars’ guild as well as three series of studies for field missionaries. Among the twenty-five books and essays he has written, there are commentaries on Romans and 2 Corinthians. He is presently completing a commentary on Hebrews and a research book on Paul.

The Colloquy sessions are open to the public and will be held at:

Need a place to stay near The Carroll Center